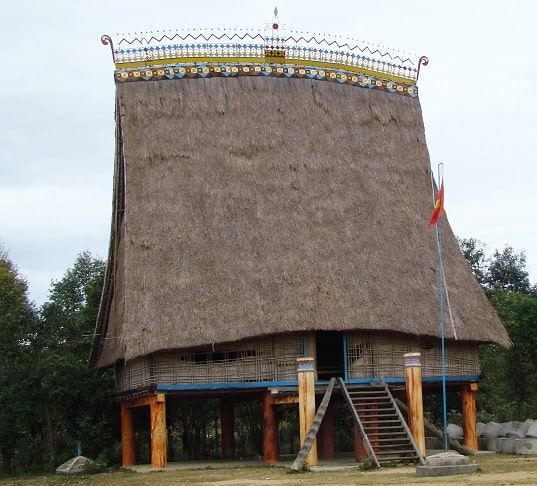 The Rong, a large and impressive communal house

The RONG - is a communal house, and is usually in the middle of the village. It is a large, imposing, beautifully decorated house, which is built on stilts. It is the place where common activities take place, such as receiving important guests, meetings, weddings or ceremonies. It is also the place where legal disputes are discussed.

The Rong is often the biggest thatch-roofed house with 8 big pillars made of wood. The rafters are decorated with patterns of bright colors, depicting religious scenes, legendary stories about ancient heroes, stylized animals, and other familiar things often seen in daily life of local people. The most outstanding feature of the décor of the Rong House is the image of the brilliant God of Sun. The Rong House is a cultural symbol of Central Highlanders, a longstanding and long-lasting culture. It is believed that, the bigger the House is, the wealthier the village shall be. 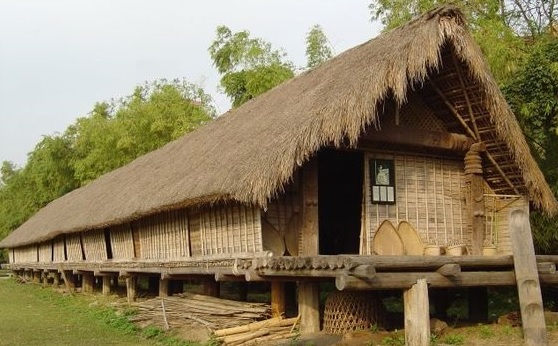 Longhouse of the Ede

The Ede, Bahnar and Jarai are just three of the ethnic minorities, who live here in the Central Highlands. They have a population of about 200,000 to 300,000 per group, but then spread throughout the country. The Ede live mainly in the province of Dak Lak, especially in the region around Buon Ma Thuot. They use no Rong but a longhouse, as communal house. Sometimes these Longhouses can be 100 meters long.

At the moment you come into a village of the Bahnar and Jarai, your eyes will be drawn to the Rong, the towering communal house. For the many ceremonies and festivals of the Bahnar locals are wearing their tribal outfits, they play gongs and sing. The main ceremony is the festival "Le Hoi Dam Trau" - the sacrifice of a buffalo. This is horrible for many Western eyes, but it plays an important role in these communities: it binds together. Like the Bahnar the Jarai sacrifice also a buffalo on important occasions, one of the reasons is saying goodbye deceased relatives. 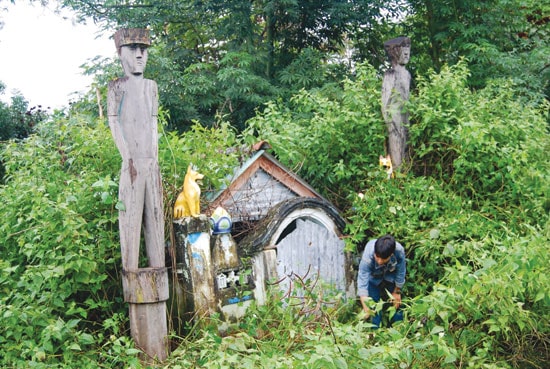 Grave of the Jarai

After a number of years, the tombs are abandoned. This final ceremony of the abandonment of the tomb marks the point where death becomes final and the deceased spirit is released, thus releasing a widow for remarriage for instance. It is best to visit a Jarai cemetery in the company of a local guide. 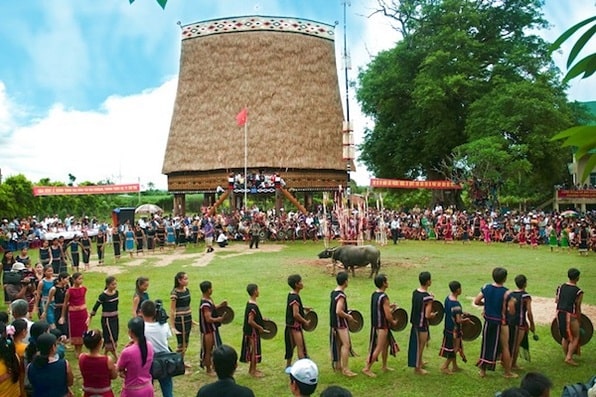 The sacrifice of the buffalo