"We visited Pu Sam Cap as part of an organized three day road trip from Sapa. It is only a 10 minute drive from Lai Chau. We started our second day off with a visit to these beautiful caves.
The very first thing I will say about Pu Sam Cap is that we were unable to understand the map on a large sign at the parking lot / entrance to the complex. As a result, we had virtually no idea where we were going." 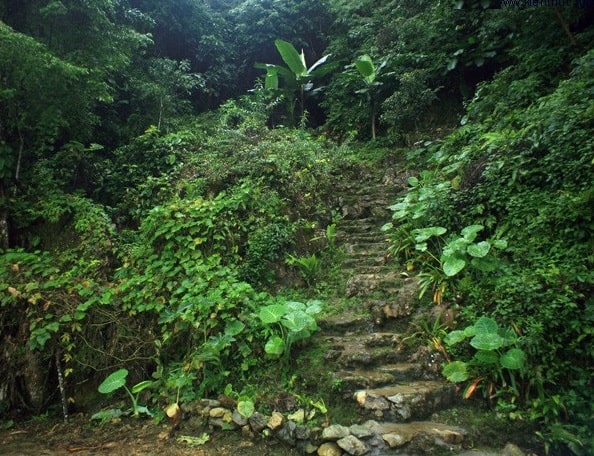 To the entrance of the cave

Pu Sam Cap - is a complex of limestone caves under the Pu Sam Cap Mountains near Lai Chau, The caves are on the road to Sin Ho, about 5 km from Lai Chau city center. The drive from this town takes about 10 minutes. The caves are located at an altitude of about 1700 meters. From the parking lot you reach the entrance to the cave via a short but strenuous walk up. This hike is rewarded with the spectacular view of the valley and the Nam Ron River.

The Thien Mon is a large cave and contains thousands of stalagmites, stalactites and pillars that have been formed over thousands of years. The entrance to the cave (Heaven Gate) has a huge arched gate. Drops of water, falling from the roof of the cave, give them the feeling of walking in the rain. The large floor in the cave contains many spherical stalagmites, which have been formed by the water flows over millions of years. In the center of the Thien Mon cave, most visitors are amazed, because it is so high and large and has a flat floor, which can be called 'a theater of nature'. The artificial light illuminates the road through spectacular formations and arched roofs to an exit on the other side of the cave. 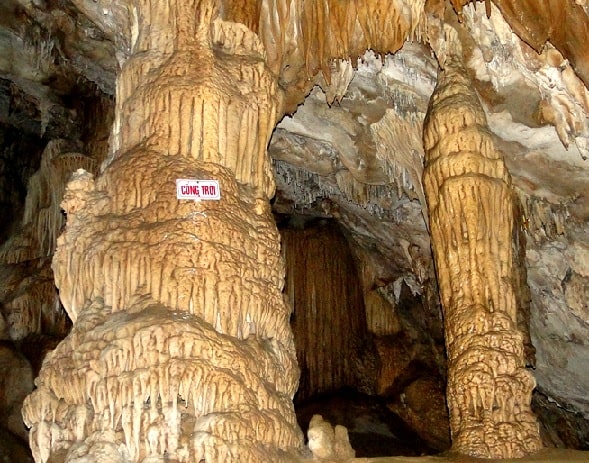 Thousands of stalagmites and stalactites

After Heaven Gate you also want to discover the Paradise Cave (Thien Duong). After leaving Thien Mon cave it takes half an hour to get through the forest to get to Thien Duong entrance. The cave is a bit more challenging with winding dangerous paths. There is a rope attached to the wall that you have to hold onto and that is how you follow the path. The deeper you enter, the more spectacular the stalactites are in various unique shapes. The little ones are scattered on the floor covered with pointed branches and look like sprouts in the garden. Others take the form of orchids, butterflies or even "heavenly dragon". There are a series of white crystal stalactites that resemble glass pillars and many other spectacular formations. There are also huge steep stalagmite columns that suddenly rise from the ground, making the cave a wonderful and beautiful palace.

The third cave is Thuy Tinh Cave (Glass Cave). The glass cave is the last destination. Due to its unfavorable location, it actually does not meet the safety conditions required to welcome tourists. The space is larger and lighter, so you can enjoy the whole fantastic view inside the cave. The Glass Cave is the last cave in the Pu Sam Cap population and is located in a steep and rugged place. Currently, Thuy Tinh Cave is not made known among tourism, which is why it only attracts adventurers. 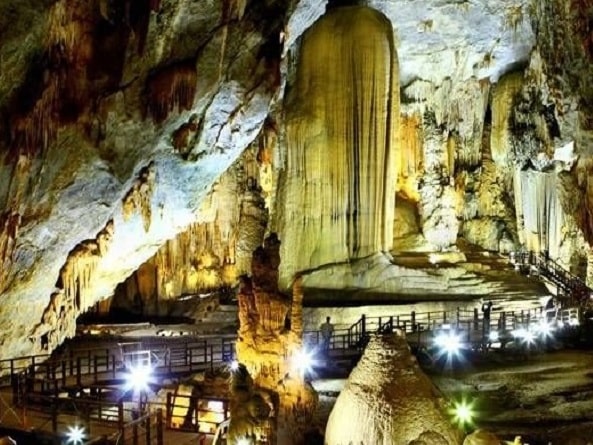 The caves can be visited in one day with the combination of the market in the city center of Lai Chau.
In addition to a walk through Sin Ho to see what the life of the locals and ethnic minorities is like, the caves are sure to give you the refined and iconic experience of the mountainous area.