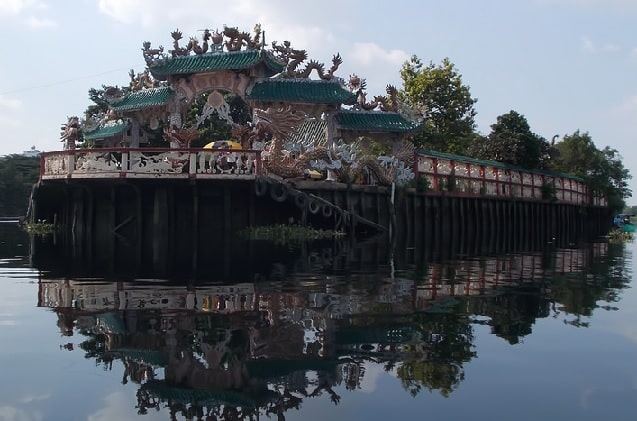 The Phu Chau Temple - means literally "Floating Pearl Temple". It is a rare appearance in the middle of the concrete jungle Saigon. No, this Buddhist temple floats not real, but is built on a small island in the middle of a tributary of the Saigon River, the Vam Thuat River. The temple takes the whole island up and it look like a ship in the water. If you want to visit the temple, you have to go by boat. For a return one counts about 50 cents. 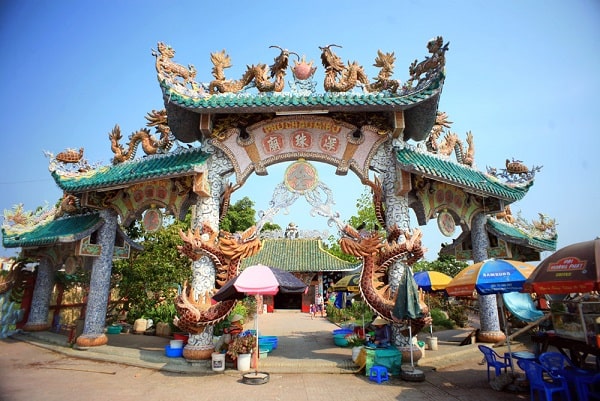 The gate with dragons

According to a legend from the 18th century on the banks of the river Vam Thuat was a fishing village. One day a fisherman found the dead body of a woman in his fishing net. He buried the body of the woman on the island. Then he built on the island a temple to worship her. This must have been the beginning of the Phu Chau Mieu Temple.

In 1989, there was a renovation, after the temple had been neglected for 15 years. It is a gem among the temple in Ho Chi Minh City. Chau Phu Temple is recognized as one of the most unique architectural masterpieces in the city.
Yet it is remarkable that this temple so little visited by tourists. But yes, it must be difficult for tourist to find the Go Vap district (south of town). 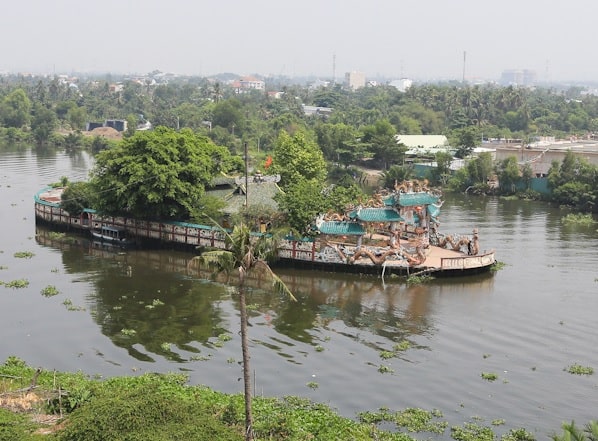 As a ship in the river 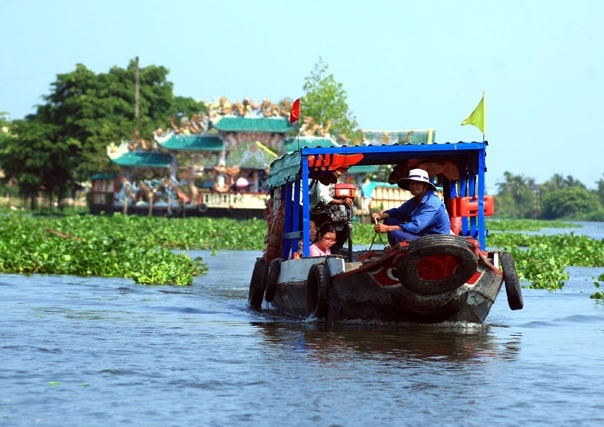