"Fortunately, the Victory Monument, the newest attraction, was not to be overlooked. This is an ostentatious 120 ton bronze statue, making it the largest in Vietnam. This statue is located on a high hill (hill D1), and can be reached by climbing a fair amount of stairs (not recommended for people with untainted calves). An additional advantage is that you have a beautiful view of the city from above." 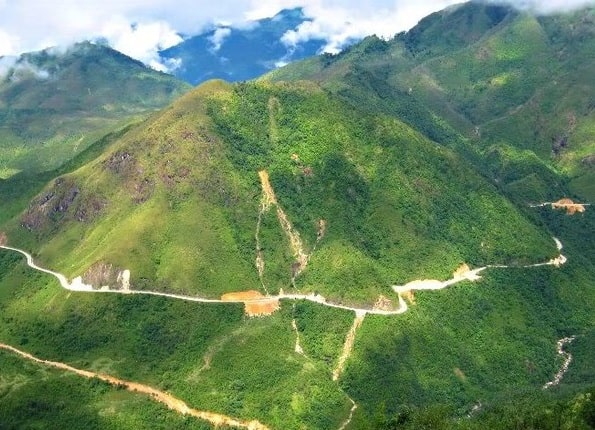 De Pha Din-pass, - which is 32 km long, it is the gateway from Son La to the province of Dien Bien Phu. The highest peak is 1,648 meters above sea level. About 60 years ago, the Pha Din Pass was the site from which soldiers took artillery up the mountain to the battlefield at Dien Bien Phu against the French colonist.
In the year 1954, the Pha Din Pass was part of the supply route for the war between the French colonists and the Viet Minh. The Viet Minh had to supply ammunition and food to her tropics on the battlefield at Dien Bien Phu. Across the pass carried 8,000 young volunteers, militias and others every day weapons, ammunition and rises up the mountain. The Pha Din Pass was where ground troops and Viet Minh artillerymen marched to Dien Bien Phu, whose secret name was then “Tran Dinh”. 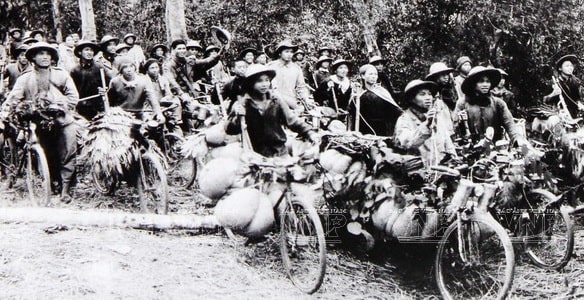 The Pha Din Pass was the most difficult part of the difficult journey to move the artillery. After passing Pha Din pass, the soldiers had to climb the many slopes, along deep chasms and high peaks with their weapons to get to Him Lam base, Doc Lap hill, A1 hill and the De Castries tunnel .
The efforts of the soldiers to bring their weapons to Dien Bien Phu were unimaginable. They had to drag the ammunition into place. Dozens of people were lined up at each end. On the one hand, some people pulled on the artillery and on the other, some people pushed it. They used a winch and installed a pulley to pull the artillery. Each time they progressed, they increased the pressure on the rollers so that we could take another step. Once the enemy dropped a bomb and the winch broke and supplies rolled down the mountain.
After 55 days the Vietnamese army won and 16,200 troops had to surrender, they shot down 62 planes, collected 64 cars and all weapons, ammunition and military equipment from the enemy near the city of Dien Bien Phu.
A monument was erected 20 km from Dien Bien Phu in memory of the hero To Vinh Dien and his artillery platoon. The monument reminds younger generations of Vietnam's glorious history and the heroic soldiers of Dien Bien Phu. 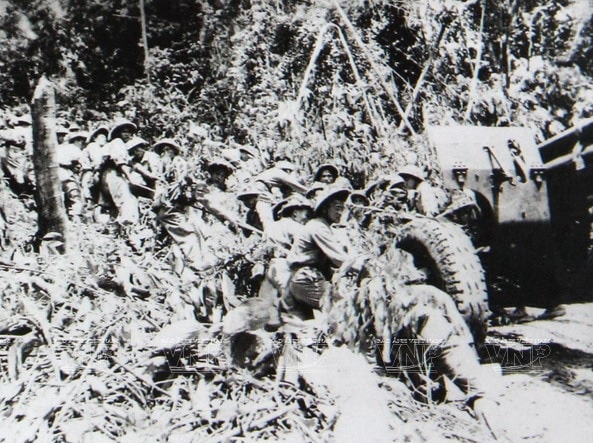 
Pha Din is a 32 km long mountain pass connecting Son La and Dien Bien Phu via Route 6. "Pha Din" in the local Thai language means "heaven and earth". The highest point of the pass is more than 1,600 meters above sea level. The pass is one of the most sublime mountain passes in North Vietnam. Another is the O Quy Ho.
Pha Din was almost the only main supply route Viet Minh used for the Dien Bien Phu Battle. The pass was heavily bombed by the French at the time and the top was completely cleared of trees, making it the most deadly part of the route. Besides, the road was in terrible condition and the slopes were steep. And Viet Minh made it all, including bringing in the 25 ton howitzers ...
Today, traveling on Pha Din is not a difficult job as the road is now in good condition. Once you have passed the top, the newly built road goes lower and less steep than the original one. The scenery is just amazing anyway! 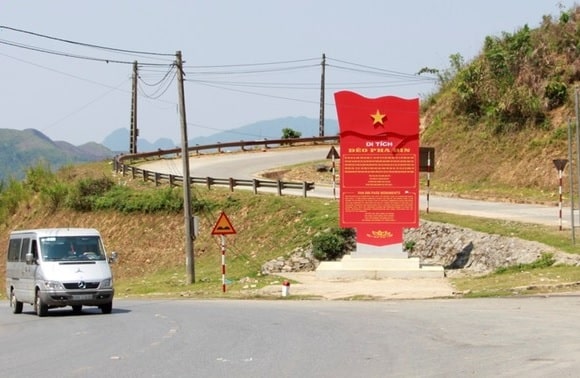