"Returned from Nam Du Island a week ago. This is a small and clean island, not too many people visit this place so it is great to choose this destination for your short break.
Next to Nam Du Ferry Port are seafood restaurants, pensions and a market and this area is livelier than other areas. We continued to explore and saw guesthouses along the coast in a village. Local houses have been built on either side of the streets. I only saw a beautiful beach on this island and it seems that everyone comes here to swim, take pictures and have a drink. This place does not have a hotel resort." 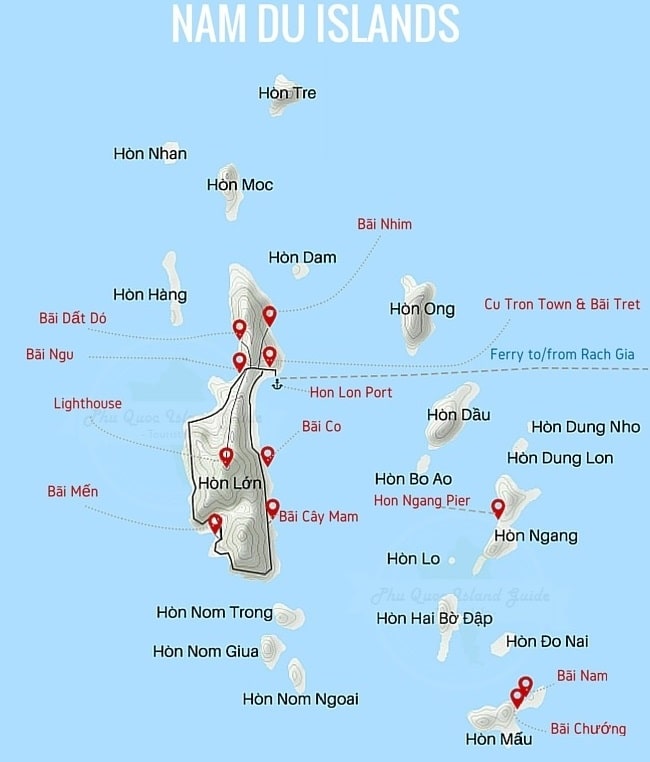 Nam Du-íslands - consist of twenty one large and small islands collectively known as the Nam Du archipelago. There are 4 large islands with a relatively decent infrastructure that makes exploring a bit easier. These are: Hon Lon, Hon Dau, Hon Ngang and Hon Mau. You can have a boat made by the locals and travel to these islands.
The immense blue sea and sky, imposing mountains erupting amidst the ocean, endless evergreen primeval forests, long stunning beaches and splendid rock cliffs of Nam Du Archipelago in Kien Giang Province have seen it compared to the ‘new wonder of the world’ that is Halong Bay in Quang Ninh Province.
It takes five hours to reach the Nam Du Islands, 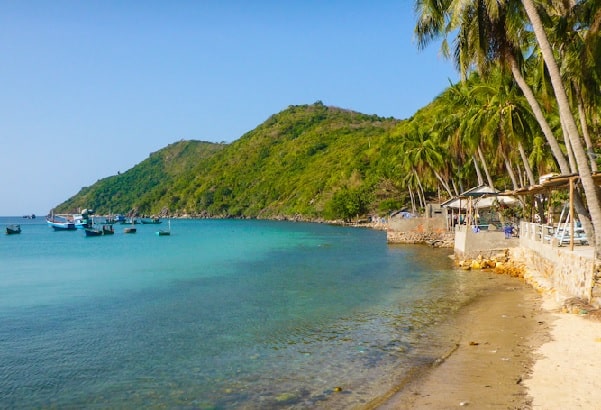 About Nam Du (area ~ 40 square km) is part of Kien Hai district, a district consisting of 73 islands, with Hon Tre Island, the administrative capital of the district, about 25 km away.
Nam Du is located 83 km (52 mi) west of the city of Rach Gia, the capital of Kien Giang Province, and 40 km south of Phu Quoc District, the more famous island archipelago in Vietnam.
The terrain at Nam Du is mountainous and very rugged, formed as a result of seismic activity in the area, with the highest point at 309 meters above sea level. 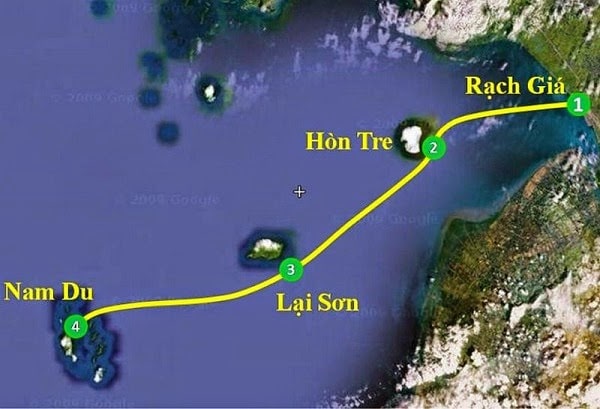