"When we arrived in Meo Vac after two days of intensive driving, it was the perfect, serene base from which to enjoy the beautiful scenery of Ha Giang province. While the charms of the Ha Giang towns are nuanced, staying at the Homestay fulfilled our expectations for the area - gorgeous views of terraced mountains, dusty roads bordered by corn fields, smiles from the local Hmong. Additionally, while little English is spoken there, this too fulfilled our expectations for full cultural immersion." 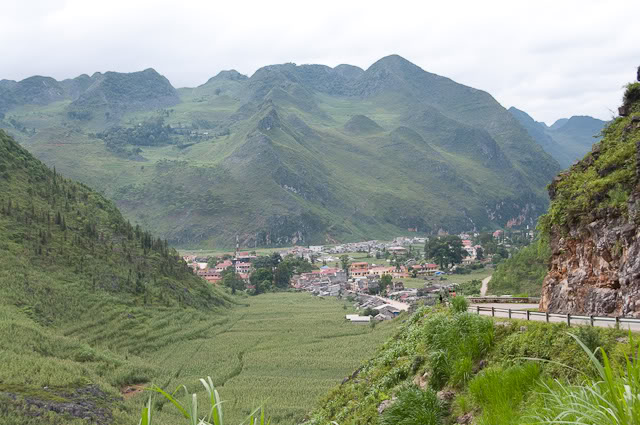 Meo Vac - a dusty outpost not far from the Chinese border in the province of Ha Giang. Most travelers pass through here because it's on side of the spectacular road the Dong Van - Meo Vac. Try to plan your trip down with a visit to the Sunday market where people from the surrounding mountains come to the city.

The walks and hikes right outside the Dong Van are more spectacular than those in of Meo Vac. So the Dong Van ... is for a few days a better base. 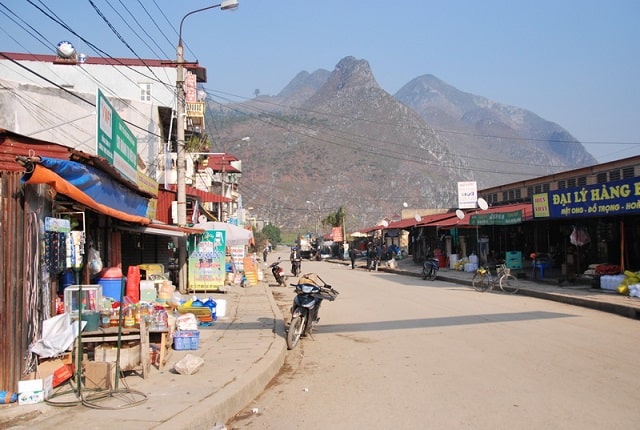 If you are traveling to the north (Don Van) you have to buy in Ha Giang buy a "Permit To Enter The Border Area". You can buy a permit at the Immigration Department in Ha Giang (Ha Giang Immigration Office} but very often regulate the receptionists regulate a permit for you at your hotel.

The process to get your license in Ha Giang is super easy. First you walk to the Immigration Service and you walk to the counter. If you are a westerner the staff will immediately see that you will buy a license for the north. The cost is about 10 Euro. 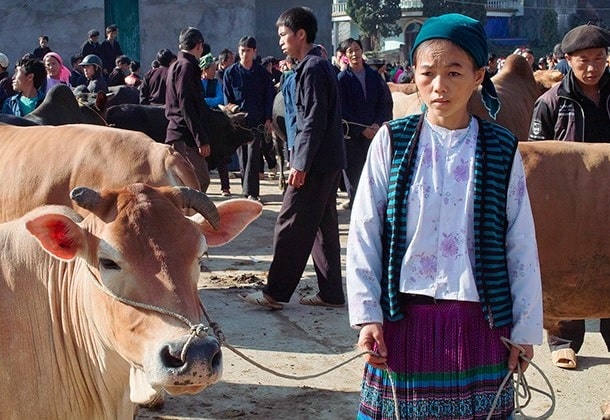 The cattle for sale on the market...

The most famous rocky area of the province is the Dong Van Rock Plateau, which has been named by UNESCO as one of the 77 geological parks in the world. The hamlet Lung Cu is located on the the Dong Van Rock Plateau and this is an indispensable destination. Here, it's the most northern tip of Vietnam and it is marked with a big flag on a tower on the Dragon Mountain. in Ha Giang is also a meeting place of jagged caves, such as Thien Phuong Cave Chui Cave, Fairy Cave and Cave Swallow. Although all caves have fantastic shapes of stalactites, each cave has has its own story. For example, tells a legend the fairies took a bath in Fairy flow inside the Fairy Cave. 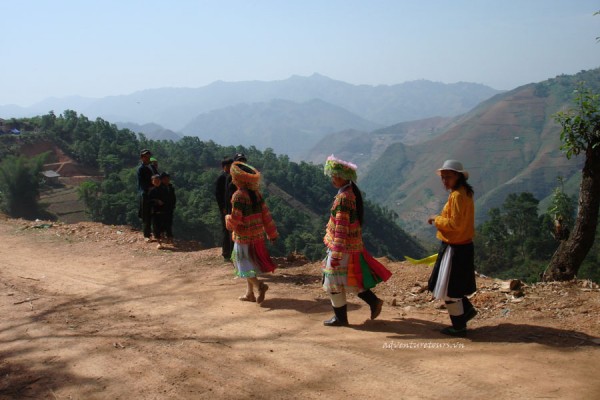 To the market in Meo Vac

The best visiting time is between September and November.