"An idyllic island. Legend has it that a couple took in an abandoned baby tiger, who was suffering from cold and hunger. They took care of it and the tiger thanked them for feeding them wildly. Every day the tiger carried the young daughter of the couple on his back to the rice field. When she died, the tiger also died ... For the traveler, his charm lies in the fact that this island is preserved for deforestation. The lush vegetation is original. You can cycle for hours before taking a long nap in a hammock." 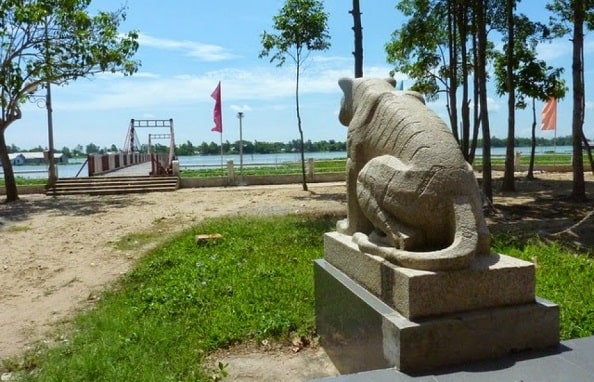 The tiger on the island

Tiger Island (of Ong Ho Island) - located in the middle of Hau Giang river near Log Xuyen. This river is a tributary of the Mekong. The island was formed by silting. After many years of accumulation of the Hau River silt, this fertile island was formed. Aquatic plants, such as rushes and reeds, surrounded the island. This was a nice area for tigers and panthers to create their shelters and hunt from there. Man, however, beat the animals. Families came to live there and it became a real community. However, they continued to call the island "Tiger Island".

The island is a lush island in the Hau Giang river (one of the nine arms of the dragon river, the Mekong) with 23,000 inhabitants. Along the country roads, many roofs appear under the cool green of trees. Interesting is not a thatched roof, a corrugated iron roof or a high building, but a stilt house with an old mossy tiled roof.
This house on the island is of great importance to the population. That is the home of a former president: Ton Duc Thang (1888-1980), often called Uncle Ton. His wooden house is in the middle of a garden with fruit trees. The house is designed as a wooden stilt house on stilts, about 0.7 m from the ground. The father of President Ton Duc Thang, Mr. Ton Van De, built the wooden house in 1887. You can visit the wooden birth house and museum with artifacts of President Ton Duc Thang.
The house is spacious, airy and idyllic, modest and simple in character. Here are more than 200 details, including a canoe called "Liberation" piloted by Uncle Ton himself. This canoe brought him and his comrades back from the Con Dao prison to the mainland after the revolution (August 1945). Behind the house is Uncle Ho's parents' grave. Although the area has been restored and beautified many times, this area is still preserved in its original state.
Next to the house is the Giang Giang boat, which the president once brought across the Hau riverbank in Long Xuyen to his home on Ong Ho Island in 1975.

When you come to Ong Ho Island you will also have the chance to enjoy different fruits, special meals and listen to artist songs and music. You get acquainted with the life of the southern people, the fishing rafts on the edge of the island along the Hau river. 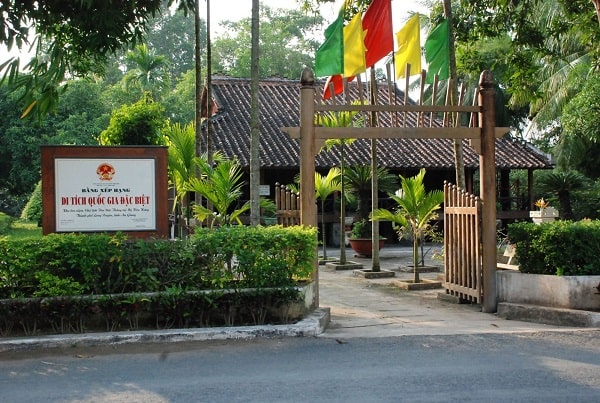 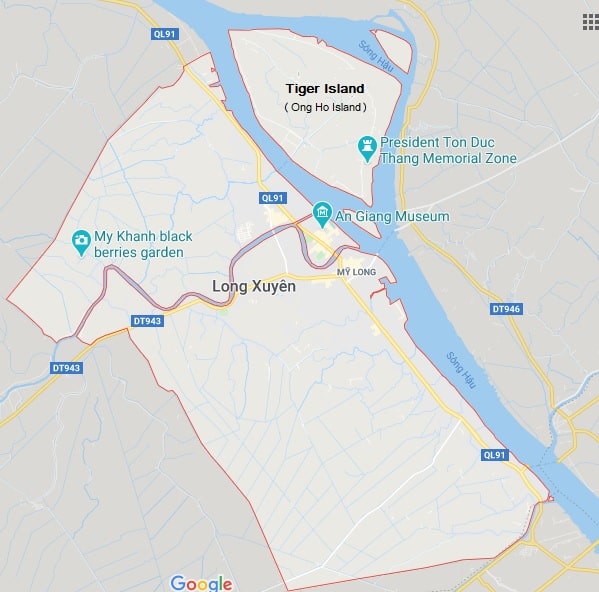