"Looks like you just have to wave the bus when it has to stop ... we first thought we were on the school bus because apparently all the kids in town were shipped to Saturday school. The small green bus that stops in front of the hotel is super handy." 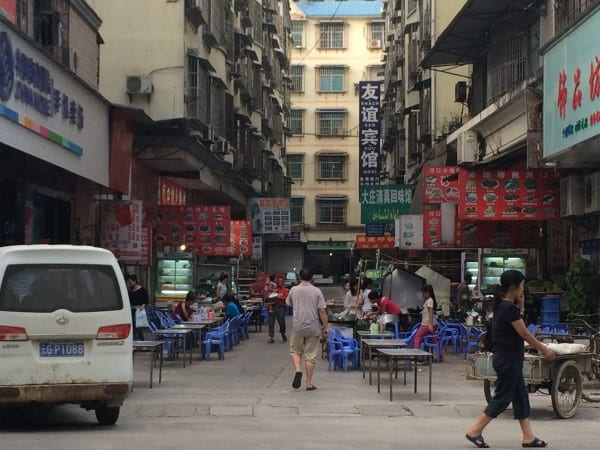 from Lao Cai to Hekou-city China - After crossing the friendship bridge, we were greeted on Chinese soil by a customs officer who helped us with our immigration forms. After impressing him with our crazy Chinese language skills (hello and thanks) he became very friendly and explained in broken English where to find an ATM and where to find a local bus, taking us to the remote bus station would bring. This was lucky for us! Although we would not continue to travel by bus that day, we have learned a lot about this not so well traveled border crossing. 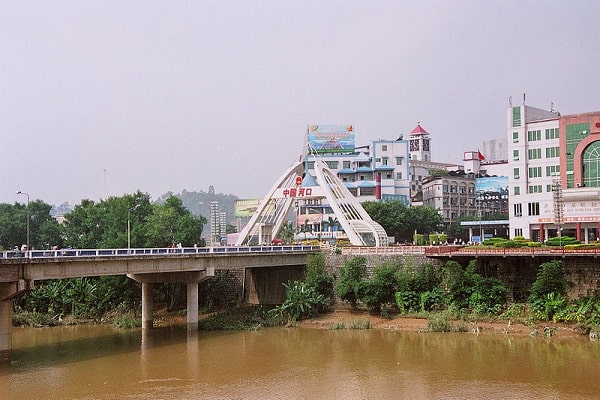 There is a bank (indicated on the map below as 'ATM') with an English speaking ATM (no kidding, he talks to you!) Right next to the bank there are several clean and cheap hotels. The cheapest was right next to the ATM and was a great deal for a border town (60 RMB ~ $ 10). Our room had a view of the small green bus stop.

The little green bus that stops in front of the hotel is super handy (marked on the right side of the map with an 'x'). There are only two buses going to Yuanyang, both of which leave in the early morning (6am and 9am). 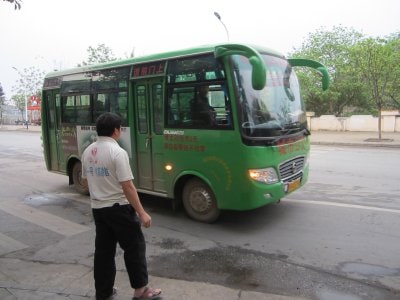 We had fun in Hekou and were glad we had the chance to stay there. People don't speak English but were super friendly. There are many small shopping streets to walk through and two markets (one for 'stuff' and the other for meat and vegetables). We met a "cool" guy named Ernie who led us through the food market.
We couldn't find Wi-Fi, but there's a huge computer cafe down a flight of stairs down the street from the market, and the giggling girls behind the counter insisted we don't have to pay (perhaps because we were the highlight of their entertainment for the day).

Also near the market are streets lined with chefs ready to cook anything for you ... all you have to do is pick the vegetables or meat you want to point to. 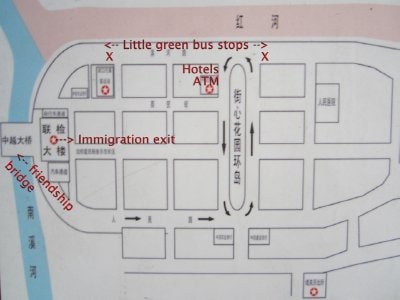