"Tam Too Village – enjoyed lunch in a private home, prepared by one of the performers of the Quan Ho music group, part of the living heritage of this rural area. The French fries, which I suspect were
Seeking and offering thanks for Fertility prepared for the “westerner” were served cold and the beer warm. The local cuisine was delicious! The home was modest and offered no heat but did have a TV, and DVD player. The family had two beds and the traditional sleeping arrangements are mother and daughter and father and son." 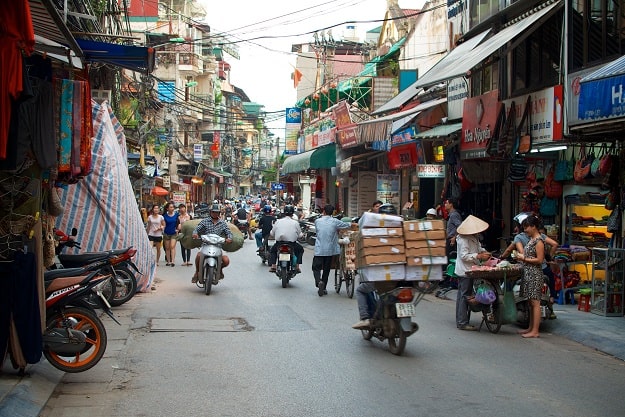 Hanoi - is a diverse city where you can do a lot. You can, if go outside the city, make wonderful bike rides or a boat trip. You might even be able to go to the sea, which is 60 km away. Also, you would be a fantastic three-day excursion can book to the memorable Halong Bay or the minorities in the mountains. I shall confine myself to the attractions within the city, although you can have a wonderful time jusr outside Hanoi. Most attractions in the city are within walking distance.

At number 2 we put the Hoan Kiem Lake and Ngoc Son Temple, which is within walking distance. This is north of the Old Quarter. Here you can escape the hustle and bustle of the city. For locals this is a popular spot at sunrise (jogging) and sunset (stroll).
The lake's name Hoan Kiem (translated: "Repossessed Sword") refers to a legend from the 15th century. The story goes that the emperor got a magic sword from the Golden Turtle God (Kim Qui) to chase away the Chinese. After successfully chasing away the Chinese invaders, the emperor sailed on Hoan Kiem Lake then came a huge turtle at the surface, which snatched the sword away from him and disappeared into the depths. The sword has never been found back.
On an island in the lake stands the stone Turtles Pagoda. There you see a living turtle that was out of the lake in 1963 exhausted. According to expert, the tortoise is 500 years old, from the time of the legend!
The pagoda (Ngoc Son Temple) is in the middle of the lake on a small island, which is connected to the mainland by a wooden bridge. The island is known as the Jade Island. The temple is popular and attracts many visitors and was built to commemorate the 13th century military leader Tran Hung Dao, who was known for his bravery in the battle against the Chinese Yuan dynasty. 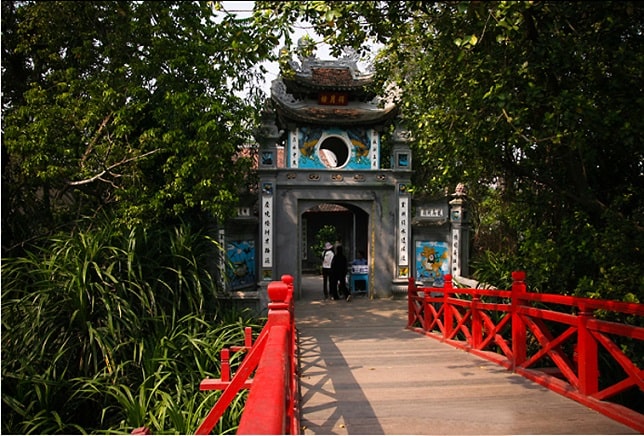 On the 3rd place I would put the Water Puppet Theatre (Roi Nuoc). It is a special attraction that you should not miss. It is a play performed entirely by puppets in and on the water. The puppets are moved with sticks underwater.
The tradition of this water puppetry goes back more than 1000 years back. The whole is accompanied by a "live" orchestra. This particular puppetry can only be admired in Vietnam. Manu ages ago puppet shows were performed in the rice fields. This has become now in this world famous theater. An hour and you get a lot of fun. You won't forget this kind of entertainment.
The theater is located near Hoan Kiem Lake and the Old Quarter. 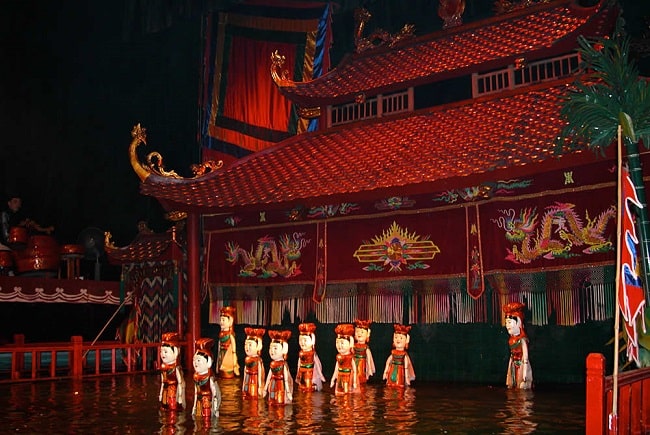 On the 4th place comes the Ho Chi Minh Mausoleum. The mausoleum is located in the center of Ba Dinh Square, where Ho Chi Minh after the capitulation of Japan in 1945, read aloud the Declaration of Independence. There is usually a line of visitors to the mausoleum. Once inside we see the embalmed body of Ho Chi Minh in a glass coffin. Inside the mausoleum talking is forbidden, also to carry a bag, take pictures, eat, or holding your hands in the pockets.
The mausoleum is open in the morning from 8 to 11 hours on Tuesday, Wednesday, Thursday and in the weekend. Please inquire at the right time. Admission is free. Ask also if the body of Ho Chi Minh is present during your stay, because it is two months per year (usually from September 4 to November 4) for maintenance in Russia.
The mausoleum is situated 3 km from the Old Quarter. You can get there by cyclo or bus. 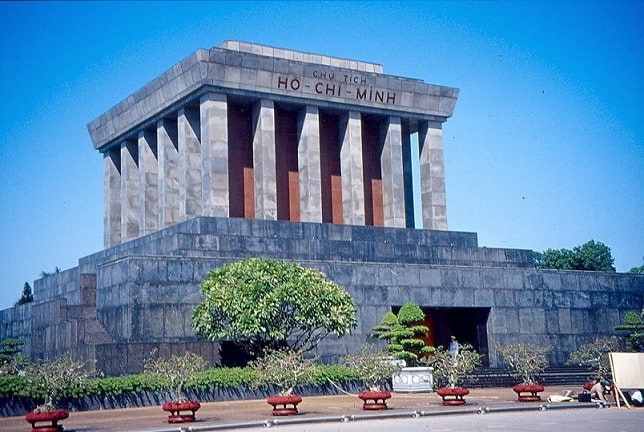