"Before the train enters Hai Phong, we pass company grounds and brand new industrial warehouses and offices on the outskirts of the city. Deeper in the city, houses creep closer to the railroad.
Eventually the train stumbles less than a meter away past the crippled homes on the track. Food smells and the smoke from charcoal fires enter the train. A child in a tub is scrubbed clean by his mother, watched by wagon loads of prying eyes. " 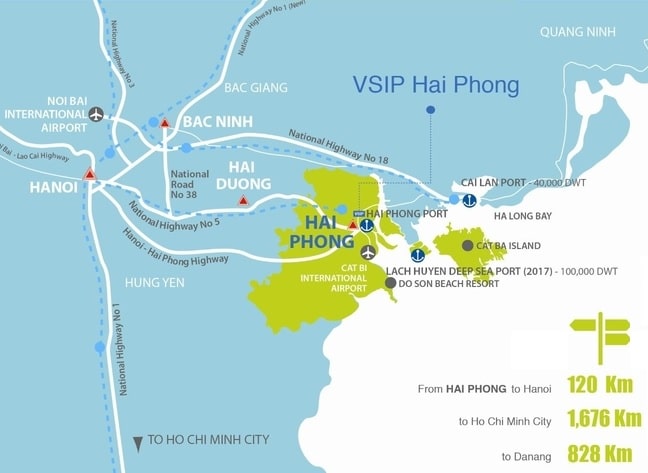 If Hanoi seems too overwhelming , Haiphong is the ideal replacement. This port city is located in the north of Vietnam. The city is a commercial and industrial metropolis, but a smaller and less hectic version of the capital. Haiphong may not have Hanoi's awesome sights, but it has its own attractions. It is home to a number of temples, pagodas, mausoleums and other architectural sites. Two of the best places to check out in the area are Central An Bien Park and Hang Kehn Communal House. The city is also known as 'The City of Flame Flowers'.
The image of the suburbs of this city of two million inhabitants is determined by a large, smoking cement factory. So it is quite surprising that in the center of this somewhat quiet, orderly city there is a neighborhood with quiet spots, a subtle charm and beautiful flamboyants: tropical ornamental trees with bright red flowers. 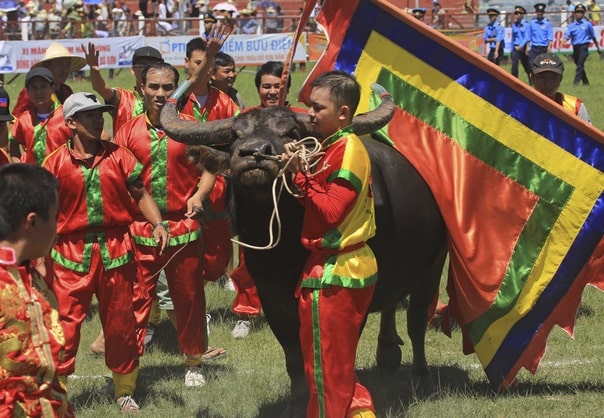 Despite its turbulent recent history, ancient Hai Phong has been well preserved. The crescent-shaped, nineteenth-century heart, where most of the sights can be found, lies between the Tam Bac and the railway. On the north side of the main artery, Dien Bien Phu, is an area of wide avenues and the city's finest colonial architecture. On Dien Bien Phu Street itself, you'll find a combination of hotels, banks and shops, and the Hai Phong Museum's classic wine-red façade at No. 66.
The museum is often closed during the advertised opening times, but you'll miss it not much to it: there is a collection of stuffed animals and some fairly interesting photos of Hai Phong under French rule.
Den Nghe Temple, at the corner of Me Linh and Le Chan, is known for its sculptures. The most beautiful can be found on the huge stone table in the first courtyard, but also look at the detailed friezes through the scented mist.