"Once I arrived in Dien Bien Phu I clearly noticed that I had arrived in another country. The city was a big difference from the small villages in Laos. The city is big, has a busy main street and we heard honking everywhere. Something they love in Vietnam (you will discover it later in Hanoi and in Ho Chi Minh).
While I was walking through town after a hot shower, many people looked at me. Some waved at me, said hello, and most just stared. It was clear to see that there are very few western tourists in Dien Bien Phu." 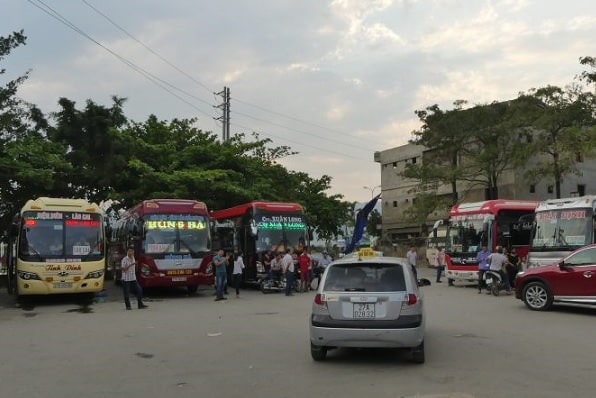 The Dien Phu Bus Station - is located in Muong Thanh district, in the northeast of the city. The bus station is 22.7 miles from a border crossing to Laos and 283 miles west of Hanoi. If you are traveling from Sapa to Luang Prabang (Laos), you will need to change buses at Dien Bien Phu bus station for the second leg of your journey to Luang Prabang. This Laotian city is located halfway between Dien Bien Phu - Vientiane (capital of Laos) 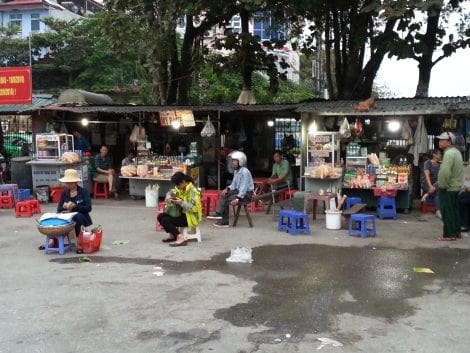 Due to the nearby border crossing to Laos, there are numerous direct bus connections between major cities in Vietnam and the Dien Bien Phu bus station.
There are many different types of bus transport, which depart from this bus station. Every type of vehicle, from large sleeper buses to minivans, depart from this bus station. The bus services between major destinations in Vietnam (such as Hanoi and Sapa) and Dien Bien Phu usually use the larger buses, which often travel at night.
The bus trips from Dien Bien Phu to Laos are usually done in a minivan and rides are always completed during the day, meaning you will leave from Dien Bien Phu early in the morning. Many of the roads in Laos, especially at the border with Vietnam, are of very poor quality and larger vehicles struggle to make the sharp turns on the narrow roads. 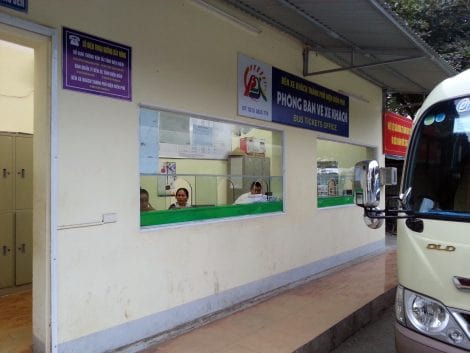 Dien Bien Phu bus station is actually a large parking lot with a small number of buildings scattered on the sides of the open concrete parking lot. Inside the station there is a ticket office, toilets and a small covered seating area.
On the side of the station at the main entrance are several private food stalls, where you can buy drinks, sandwiches and other simple snack types. For a firmer meal and free Wi-Fi, exit the station at the main entrance and cross the road, where you will find several large, inexpensive restaurants, open early in the morning to accommodate bus passengers arriving on night buses or Leave early in the morning by bus.
There is a ticket window on your left as you enter through the main entrance from the bus station.
At this counter you can buy tickets for all services, which depart from the bus station Dien Bien Phu. You have to pay in the local currency, the Vietnamese Dong. Exchange all the money you need to purchase your bus ticket before arriving in Dien Bien Phu as there are no exchange offices nearby.


There is a choice of three different types of bus services from Dien Bien Phu to Sapa , operating at different times:

There is only one direct bus service from Dien Bien Phu Bus Station to Luang Prabang (Laos):

There are numerous bus services on the route from Dien Bien Phu to Hanoi , departing regularly during two periods of the day:

The drive takes 4 to 5 hours to travel from Dien Bien Phu to Son La . There are different departure times. 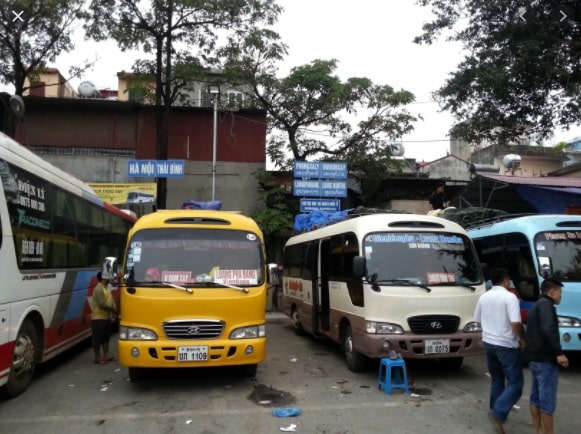