THE BATTLE OF
DIEN BIEN PHU

"While not much of this place has been preserved, it remains a meaningful place in Vietnam's history. The view is fantastic, with all the big trees around, we had a beautiful view of the entire city. No wonder why this hill was considered a strategic location.
We visited this hill at the end of March and a month later flowers would bloom everywhere. That must be very spectacular!
While not much information is provided about the battle and the war, it is still a fun place to visit and enjoy the view." 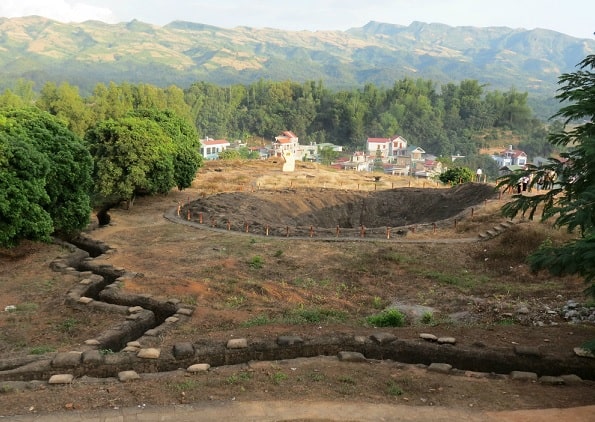 The relationship between Vietnam and France - goes back to the nineteenth century. Influence in this region of France continued to expand during this century, and eventually Indochina (including Vietnam, Cambodia, and Laos) came together to form the Union of Indochina. This merging of the French colonies happened on October 17 of the year 1887. From December 6, 1946 the struggle for independence began. This war between the Vietminh and the French rulers eventually lasted until the year 1954. The Vietminh was a group that rebelled against the French colonial rulers. 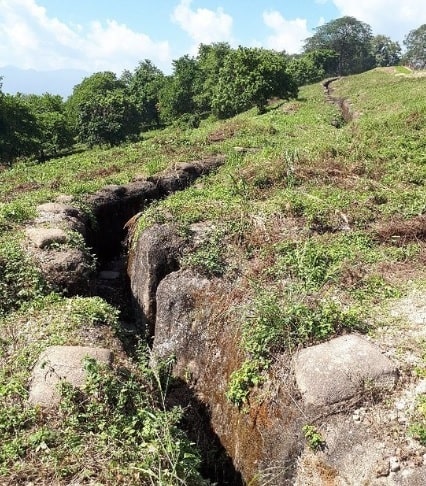 Because the rainy season started at the end of April, the trenches and bunkers became impassable. The Vietnamese soldiers could barely hide and the French thought they could decide the battle in their favor.
However, the bad weather had made many roads impassable and therefore no French anti-aircraft guns could be brought in from Hanoi. The Vietnamese were thus able to hold out and would eventually win the decisive battle. Because the Vietnamese had deliberately not used their anti-aircraft guns, the French did not know where this gun was placed. By chance they discovered the bunker thanks to the enemy's fire.
After 16 days and nights, Vietnamese troops found the stone foundation of the bunker, which was left over from a structure built by French troops in 1940. Considering it was the bunker wall, Vietnamese troops explosively brought in 970 kg and detonated it at 6:30 PM on May 6, 1954. 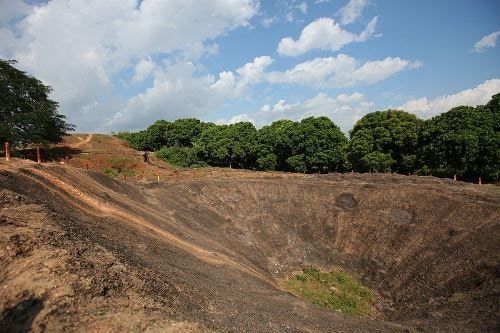 The surroundings of Dien Bien Phu turned into a large cloud of smoke, which destroyed almost everything about bunkers and trenches. Due to the surprising attack, the French could no longer regroup and suffered increasing losses. The fighting continued until late in the afternoon, but eventually the Vietnamese destroyed all posts and bunkers belonging to the French. Eventually, the red Vietnamese flag was raised on top of the last command post and Dien Bien Phu was officially dropped.
What remained was a crater in the ground where the blast had taken place.