"The monkeys at the Nuj Mot pagoda at Con Dao are very cheeky. Take care of your belongings when you visit this pagoda. Some of the monkeys in our group stole two glasses of orange juice. Some foreign tourists also had their hats and glasses covered, generally they were still cautious, smartly dressed and limited to bring food and drink."

View from the pagoda

The island is known - for its pristine beautiful beaches and fine white sand that fascinates visitors. In addition, the air on the island is very fresh like paradise, which is a great destination for those looking to escape the noise and bustle of the city. The road to the Nui Mot pagoda is quite steep and winding, but pay special attention to the cheeky monkeys at the entrance, they try to grab everything!
Although they are called "monkeys at the gate of the Buddha" and used daily by monks they still like to steal away visitors' belongings as a hobby.

It was completed in 1964 by the Americans. decided to build the pagoda. Supposedly for the spiritual life of family members who worked for the Americans in the administration, civil service or as a soldier on the island. The Americans were responsible for the repression and torture of prisoners on the island. 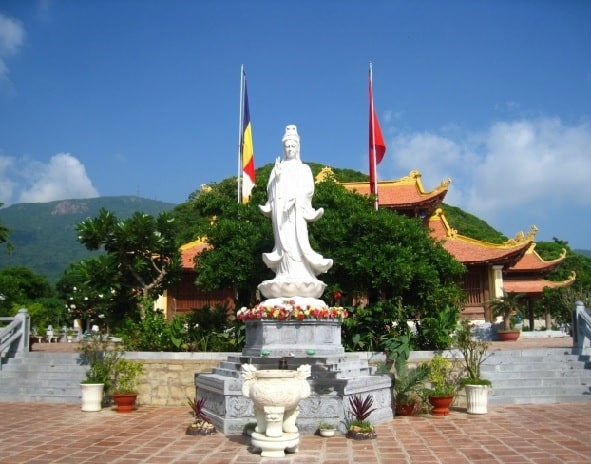 In 1965, prisoners who received life sentences in Phu Hai prison were ordered to transport materials: sand, stone, cement ... from the base to the top of the mountain. The prisoners protested strongly. When everyone returned in the afternoon, the enemy would not let them eat as usual. Then they selected 63 people who they believed were key figures and set them up in a small cell (quarry), where there was no room to maneuver. There was not enough air to breathe. Many prisoners were then suffocated. 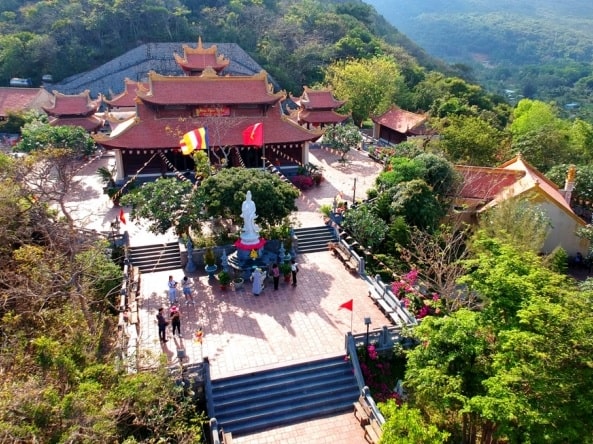 The pagoda is designed with a bold Asian architecture and primarily intended to worship Buddha and Bodhisattvas. After 1975, the pagoda became a place for locals to worship Buddha on the island and was restored and dedicated in 2011. 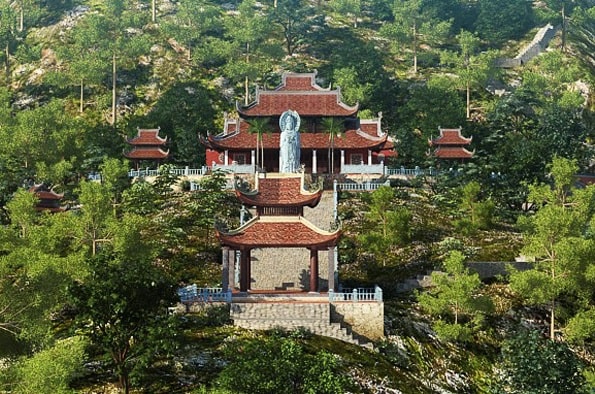