"We are already having breakfast at 7.30 am and walking to the market at 8.00 am. It is already busy. The market is larger than other markets. The market is divided into different sectors. A few pigs are slaughtered in the covered area and all parts are sold. In addition to bacon and pork chops, legs, ears, curly tails and snouts are for sale. The gory guts are also waiting for customers unrefrigerated. Vegetables (mainly tubers and cabbages) are sold just outside the covered area and homemade clothing, bags and cotton yarn are offered for sale in the middle of the market square." 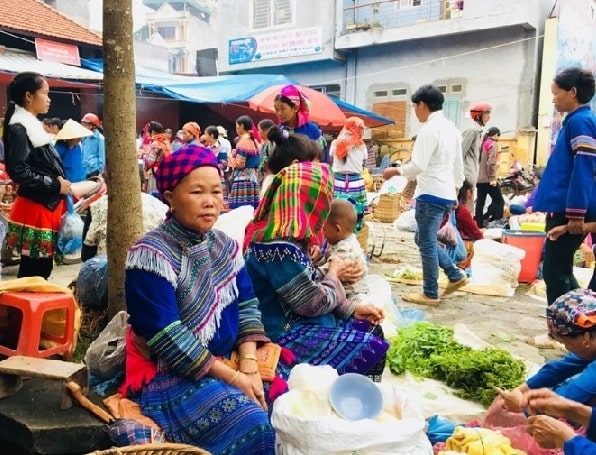 Bac La is situated in the northwest of Vietnam - near the Chinese border and about 53 km from Lao Cai. Despite reaching Bac Ha with beautiful scenery (which is as lush and interesting as Sapa), Bac Ha has somehow remained under the radar as it has gone so far. Burned wood hangs in the morning air in the city. The main street is completely devoid of hawkers, and chickens and pigs sniff around looking for leftovers. They search in small groups between the traditional houses, which are built of clay. The era of concrete started not so long ago.

But the quiet town of Bac Ha comes alive for a few hours every Sunday morning as it holds its weekly market. The Sunday market has become a tourist attraction, attracting both Vietnamese and Western travelers, in addition to the thousands of ethnic minorities who visit the market every week. The market starts at 6am.
The streets are slowly filling up, and at lunchtime it is a throng of colors, noise, happy people and diverse market stalls. On market day, many Flower Hmong ladies put on their most elaborate costumes, which are simply stunning.

In addition to the Flower Hmong, other ethnic minorities also visit the market every week. An astonishing number of products are sold in the market, including foods such as meat, vegetables and rice, clothing and household items. Since many of the buyers here are farmers, a wide selection of agricultural machinery is also available, from hand and power tools to pumps and machines. A large part of the market, along the lake, is dedicated to the livestock trade, including pigs, chickens, ducks, goats and pets. Next to the bus station, the big boys are the water buffalo. In many parts of Southeast Asia, the buffalo have been replaced by tractors and are usually still kept as a nostalgic status symbol. 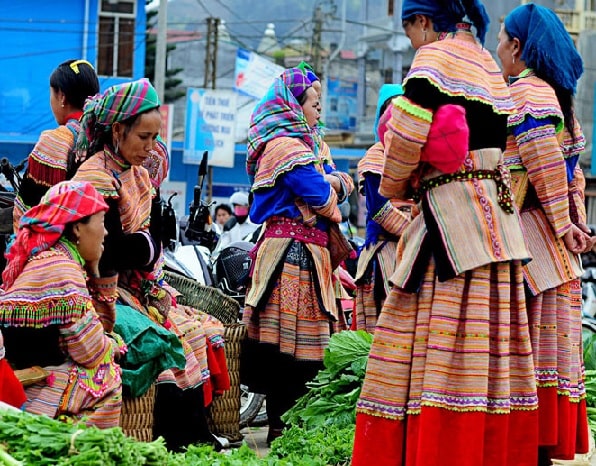 
The market peaks at around 10am, and by noon most people head back to their villages, many on foot, with bamboo baskets full of rice or other items. When the visitors are done at the market, there are plenty of places to sit and people watch, while enjoying freshly made snacks and glasses of "cafe sua da", a rich dark iced coffee sweetened with condensed milk.
Because the market starts early in the morning, many travelers choose to arrive in Bac Ha on Saturday afternoon and spend at least one night here. There are a number of budget hotels in the city, most of which are a five minute walk from the market. In addition to the Sunday market, there is a small Saturday night market and a cultural show near the temple in the city center.

In addition to the market and local villages, Bac Ha has another tourist attraction. Also known as the Bac Ha or Hmong King Palace, Hoang A Tuong Palace was completed in 1921 and is the former home of a wealthy landowner from the Tay ethnic group called Hoang Yen Chao.
Supported by the French colonial government, the Hoang family owned most of the area's fertile areas and had trade monopolies on just about everything. Like much of Southeast Asia's colonial-era architecture, the palace that is now a museum is an amalgamation of Eastern and Western design.